How Important Are Customer Reviews For Online Marketing?

I de-mystify SEO and online marketing for business owners.

Opinions expressed by Forbes Contributors are their own.

The number of positive reviews you have on external websites might actually have a bigger impact on your rankings than the reviews on your own site. This is because Google’s local search algorithm incorporates data from a number of third-party directories and review sites, such as Yelp and TripAdvisor TRIP +0.23%. These sites tend to review entire businesses, rather than specific products, but this is what’s responsible for the higher impact. Rather than an aggregate review influencing a buyer’s decision regarding a single product, your business’s aggregate reviews could affect whether or not a consumer considers pursuing your brand in general.

The more reviews you have on these sites, and the more positive they are, the higher chance you’ll have at ranking in Google’s local 3-pack, which is valuable regardless of whether you only operate locally or work on a national scale. Plus, some Google reviews could be included as “rich snippets” associated with your business directly.

Having more reviews for a product means you’ll have a higher conversion rate. This may not seem strange until you notice I said “reviews” and not just “good reviews.” That’s because the presence of bad reviews can also have a positive effect on your conversion rate. A blend of good reviews and bad reviews shows that you aren’t trying to hide anything, and makes the good reviews seem more sincere. Imagine finding a product with hundreds of 5-star reviews and not a bad or critical review in sight—you’d probably be suspicious, wouldn’t you? The more reviews you have, and the more honest they are, the more products you’re going to sell—as long as the negative reviews don’t overwhelm the positive ones.

It’s also worth mentioning that the importance of online reviews is rising in almost every conceivable area. BrightLocal surveys indicate that the importance of consumer reviews to buying decisions is increasing every year. Google’s local SEO algorithm changes only seem to increase the weight of consumer reviews in visibility and rankings. Plus, new tools and technologies for consumer reviews, such as new review platforms and new mediums like video, are emerging and quickly becoming more common. User reviews are here to stay, and the longer you wait to start optimizing your reviews, the more you stand to lose.

The simple answer to the questions I posed at the beginning of the article is yes, online reviews are tremendously important. Not only are they critically important to a vast majority of online shoppers, they’re also responsible for securing your online visibility in organic search rankings, and as they increase in importance and more competitors start doing more to encourage customer reviews, your involvement is only going to become more necessary.

When our team worked on our brand, they started with analyzing the right questions. What is the idea that we want to follow? What is the story that we want to tell? What do we want to represent? The answer was right in front of us – courage, unknown, freedom, expressiveness, belief, hope … even […]

How Important Are Customer Reviews For Online Marketing? Jayson DeMers,   CONTRIBUTOR I de-mystify SEO and online marketing for business owners. Opinions expressed by Forbes Contributors are their own. (extract from Forbes.com)   Off-site Ranking Benefits The number of positive reviews you have on external websites might actually have a bigger impact on your rankings […]

How Important Are Customer Reviews For Online Marketing? Jayson DeMers,   CONTRIBUTOR I de-mystify SEO and online marketing for business owners. Opinions expressed by Forbes Contributors are their own. (extract from Forbes.com)   If you’ve ever bought anything online, you’ve encountered a typical online review. You might have found an aggregated “star” rating for a […]

Let’s Start Talking About Your Project! 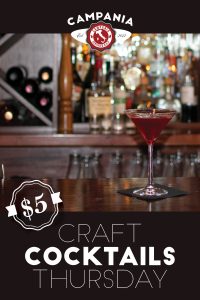